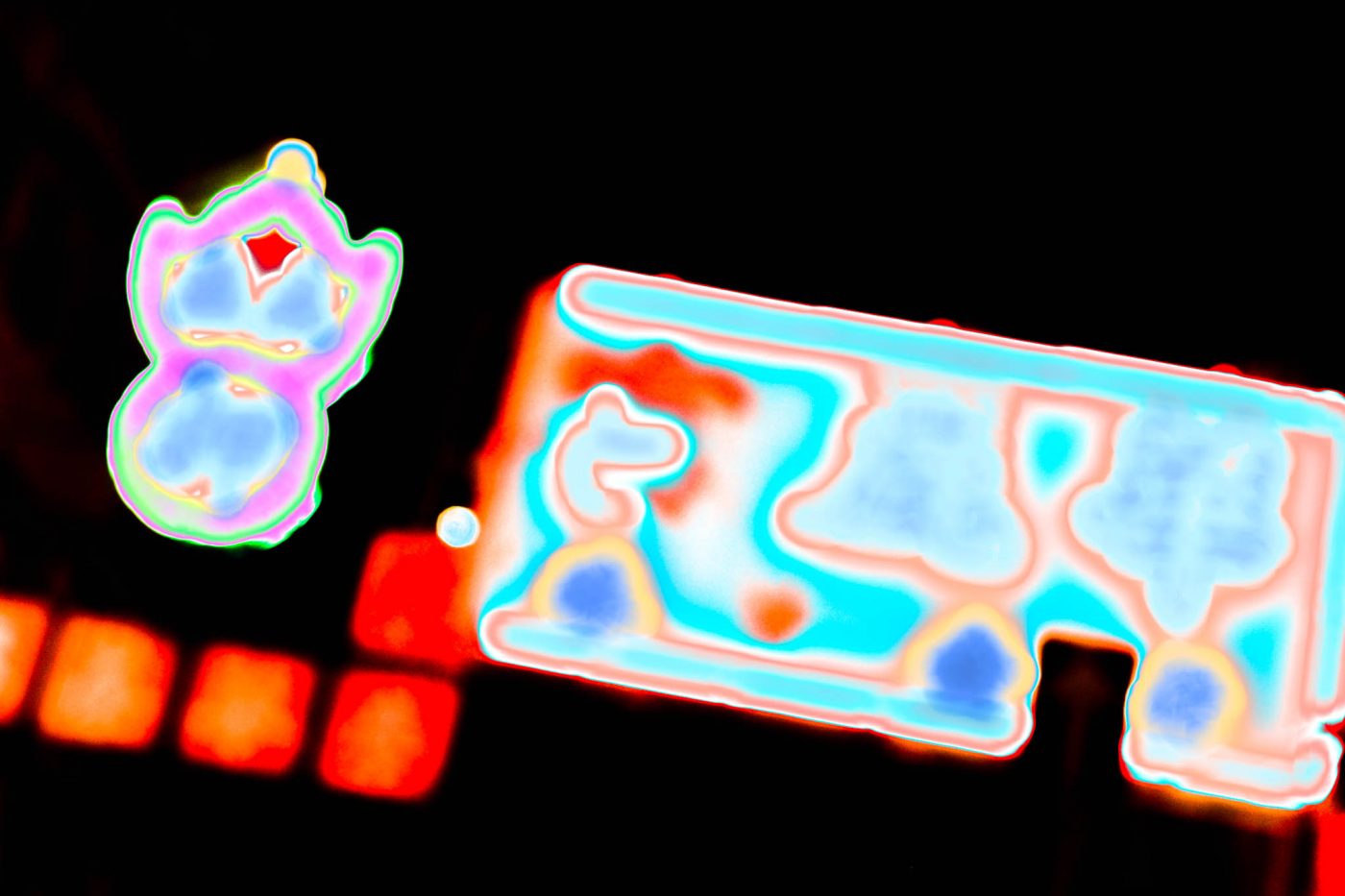 I now understand why artists paint with elephant dung, or why photographers convert a flat panel truck into a giant, mobile, pin hole camera. This year has seen a major shift in my work and how I view myself. I have always known that I wasn’t satisfied with taking pretty pictures but struggled to know what more I could do with photography to give it meaning (for me).

This was made more difficult for me because I struggle with extreme social anxiety and so doing anything personal that others might see/interact with is very difficult. This year I finally reached a point, after several years of thinking about projects, where I was able and determined to put some of them into production. By that I mean that I would plan an entire project with a set minimum number of images that would constitute a complete project for me and then begin work producing those images (knowing that the project could still evolve and change during production). This is very different from my previous photography (mostly Architectural and Street Photography) which was undertaken on a more ad-hoc basis, with no clear idea of what would constitute a whole/complete project.

The first of these was my “Loss” project and the second is “Neon Hong Kong”. The topics for both are very different but they both share something in common. For me, the process is becoming as important as the end product. By that I mean that thinking about what constitutes a complete project, planning it, conducting research and doing multiple test shots (and continuing to test even when I think I may have a potentially final image) are all as important as the final image. In the case of “Neon Hong Kong” I have spent several months researching the locations of Hong Kong’s neon signs. From an initial list of over 220 potential locations (many old signs have long ago broken or been removed altogether) I have finally whittled it down to a list of about 125 locations that will be worth an in person visit. My process for this was to visit each location in Google Maps Street View. While the images in SV aren’t necessarily current it still helps a lot because, if a sign has disappeared in an image taken in 2016 it is a good bet that it has not reappeared since. At the time of writing I have visited about 15 locations and have 8 images that I consider may be part of the finished project. I also have a greater appreciation of elephant dung or the construction of automotive pin hole cameras as part of the artistic process.

It just remains to be seen if I am still in love with the process after several weeks pounding the pavements of Hong Kong in 31+ degrees C heat and 80-90% humidity. 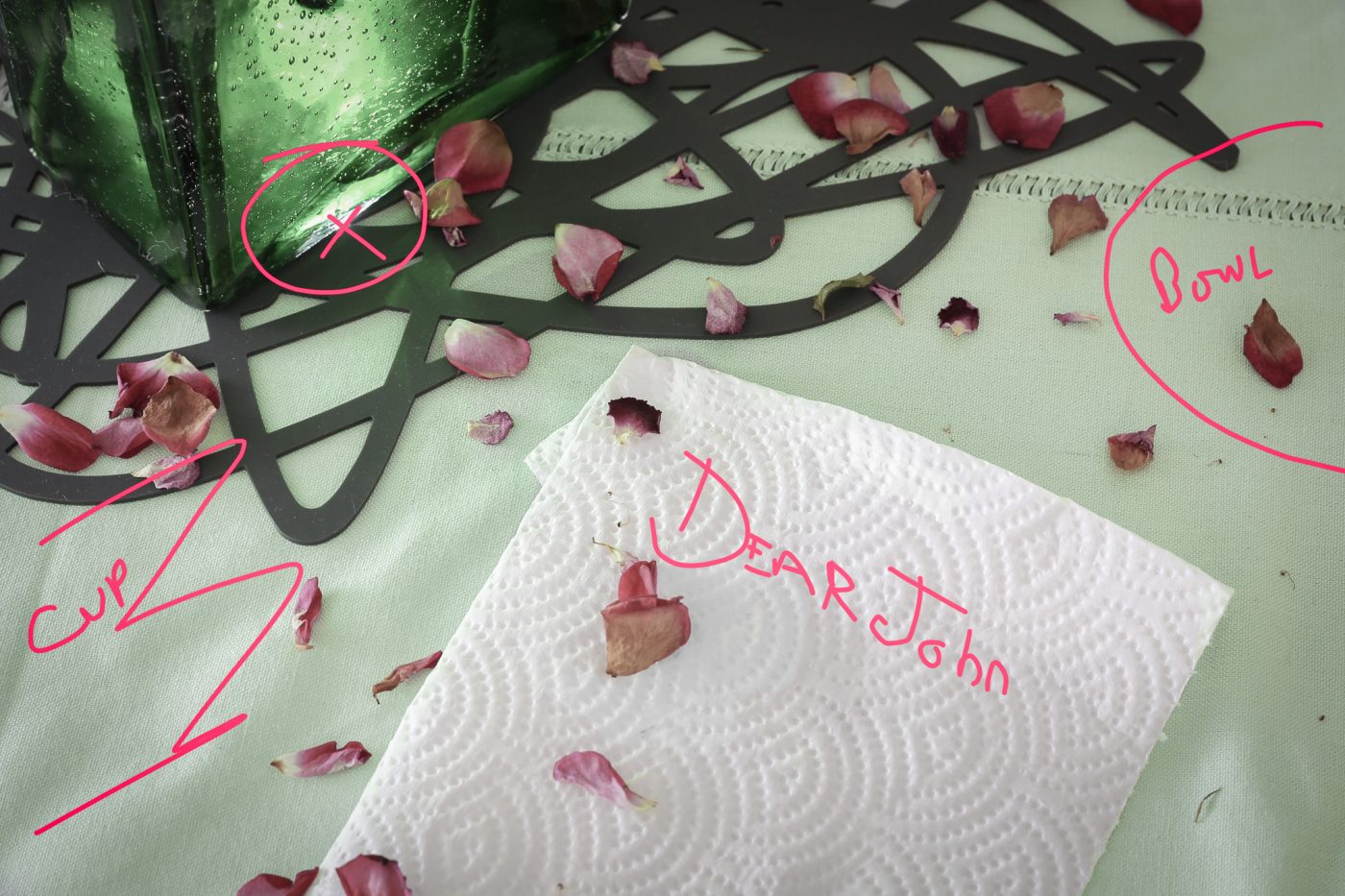 Five days of mind numbing depression. Unable to get out of bed. Way to start a new photography project.

My 2019 new year’s resolution was to start a new personal project. I have several that I have been considering/planning for quite some time and decided it was time to start one. I didn’t want this to be an indeterminate, ongoing project, like much of my Street Photography. Instead I wanted this to be something that was planned as a whole from the start, something with an envisaged end. Of course it will change/grow/morph along the way but I wanted that to be generally towards a completed whole project. It took me over a month to choose one and then the same again to think about possible images – to ensure that I had the minimum necessary for me to view it as complete.

The project I chose was “Loss” – a photographic examination of the losses that accumulate throughout our lives. I also wanted to challenge myself by trying a genre of photography I have never done before – Still Life (from the Dutch “Stilleven”). Unlike Street Photography or Sports, I would have complete control over the content of the images and decided that I wanted to construct them using various elements that all (or at least some) had a meaning that related to the specific theme of the image. I also wanted the series to share some of these elements and as such have an overall language; even if it was one that only I understood. So far, so safe.

Of course we knew that wouldn’t last. What is the point of doing a personal project that is general in nature. The more I thought about the images the more personal it became. Lost love, lost friends, a father lost to alcohol… not topics that are easy to think about or likely to inspire happiness, which brings us back to five days of depression. I’m bipolar, it’s a chemical imbalance triggered by my brain overreacting to something, often quite minor, that is occurring in my life. This was on a scale I’ve never experienced before but, after day five, there were a whole bunch of days where I was no longer depressed. We are in March 2019 – finally time to pick up the camera and start shooting test shots.

So here I am thinking about how to assemble the various shots. Thinking about props and what they mean, how they will be put together, where I can find a half bottle of vodka (can’t find one anywhere in Hong Kong). Taking on a project that is outside your normal style/genre is certainly an invigorating experience (when your brain isn’t polluting itself with unnecessary chemicals). Looking forward to the other challenges this project throws up. 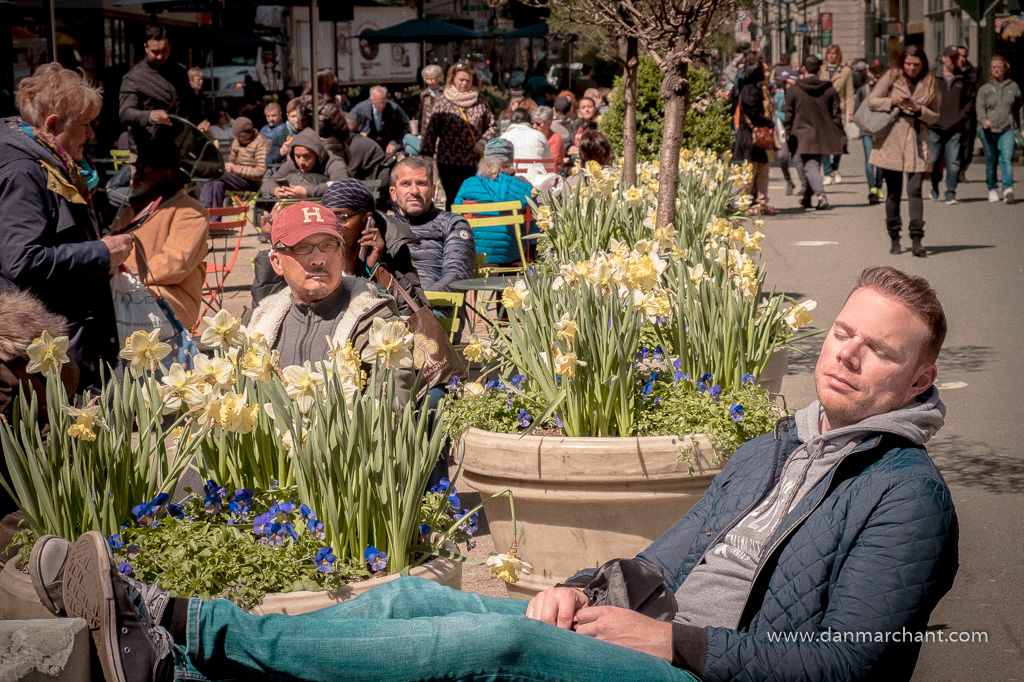 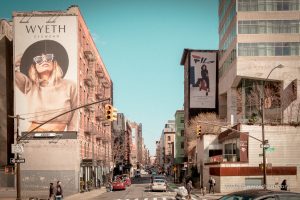 My review of New York City

It’s very clean (no litter) but at the same time grimy and run down. I like the style, it feels like a comfortable pair of old jeans.

Lots of mediocre, grab and go, food but equally loads of great restaurants. Some cheap, some expensive…. something to suit everyone.

there is an air of aggression with drivers constantly hooting and pedestrians with a “get out of my face” attitude…. but its all for show. As an Englishman I don’t really like anyone that I haven’t known for at least 20 years being friendly to me but I will make an exception for New Yorkers. It feels far more genuine than in LaLa or SF. Random strangers were coming up to me and asking/talking about Photography while I was shooting.

Theatres up the wazoo. Literally, you can’t move for tripping over theatres which is great for culture lovers.

One of the best bits of photography advise I ever received was “buy an iPod”. This advise turned out to be especially useful last week when I spent 3 hours in Monk Kok.

Mong Kok is a densely populated area of the Kowloon peninsula in Hong Kong. The area has everything from the glitzy jewellery shops and brand name stores of Nathan Road all the way down to the counterfeit handbag stalls of Tung Choi Street’s Ladies Market.  The crowded side-streets are lined with stalls, shops and hole in the wall restaurants; and all manner of interesting alleyways run between them. In short, Mong Kok is a wonderful place for Street Photography – 3 hours in Mong Kok is worth a week anywhere else.

The shops, the stalls and the thronging crowds are all a great source of interest but I particularly like the traditional Hong Kong butchers and fish shops. You will often see traditional Hong Kong butchers standing on the street stripped to the waist in Hong Kong’s oppressively humid summer heat, serving customers from the open front of their shop; while the fish mongers fillet fish with a practised small flick of the cleavers they wield.

If you are not careful the conditions for street photography can be challenging, especially in summer. Not only is it hot and very humid (98% RH) but you can also find yourself constantly moving between wide streets/bright sunlight to narrow streets, covered market stalls and dark alleyways which will require constant adjustments to your camera settings. The key of course is not to keep moving. Find a good location and wait, looking around constantly in order to see opportunities before they present themselves. In other words, wait for the picture to come to you – which is where the iPod comes in. Yes, I realise they have now been discontinued but the advise was given to me back in 2011. Technological redundancy aside, the point was that patience is as important in street photography as in any other genre. Instead of walking around, stumbling on an image and then trying to grab a shot. Find yourself a good location, turn on some music and wait for images to present themselves. Keep looking for interesting people before they are right in front of you, see where they are heading, re-position if necessary and wait for something interesting to happen, that way you will be ready to press the shutter when the opportunity materialises.

If you would like to see more of my Street Photography check out my Projects page https://danmarchant.com/projects/ or look me up on Instagram https://www.instagram.com/dan_marchant/ 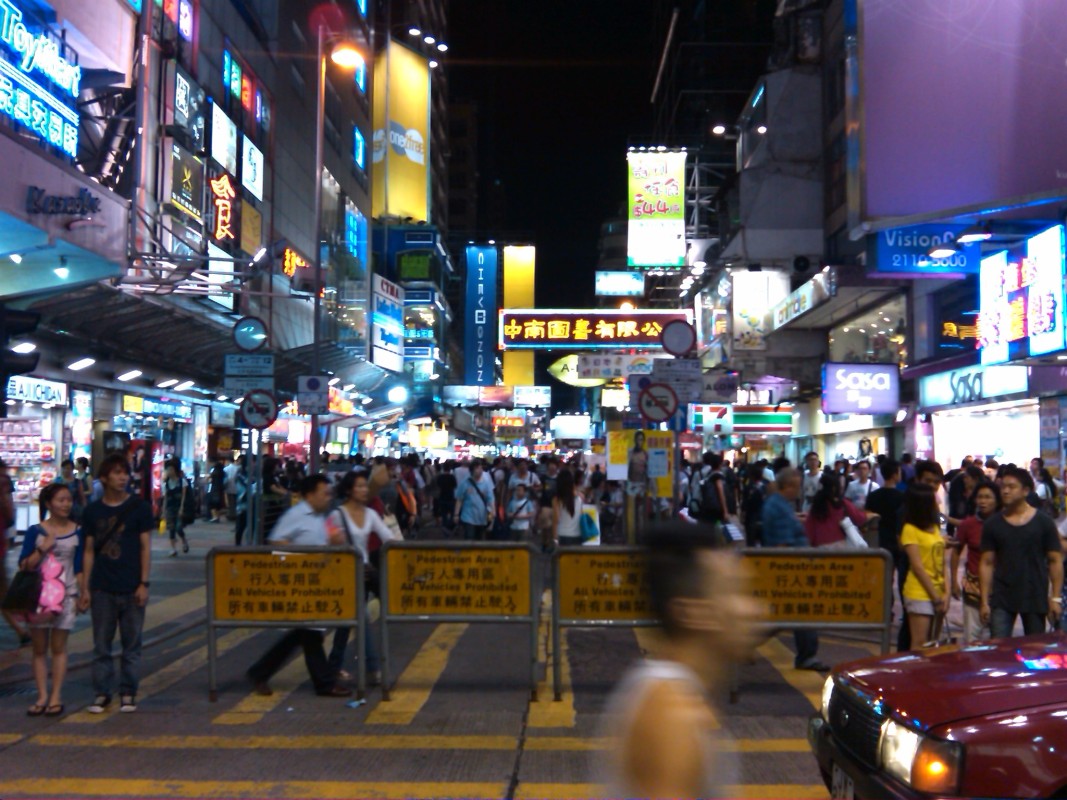 Some years ago I wrote about the first Street photograph I ever took https://danmarchant.com/my-first-photograph/. In that post I mentioned that, while I like the image, the composition and content was pretty much luck. In other words almost nothing that I like about the image was down to me. The key word here is “took”. As a wise person once said “good photographers takes photographs, great photographers makes photographs”.

For me that means that anyone can take a good or even great photograph if you give them  a camera…. but probably won’t know how they did (what makes it good) and would be unable duplicate it. A great photographer is one who makes a photograph by thinking about it before they even set out to take it. They know the type of photograph they want, the subject, the type of processing they will use. They will deliberately put themselves in a position to capture the photograph they want and they will think about what they want to include in the image before pressing the shutter. Now I doubt I will ever be a great photographer but I do think that it is worth making some effort to think about your work, to strive to make photographs rather than take them and to hopefully improve over time. To that end I thought it would be interesting to look at the first Street photo I made and compare it to one of my more recent images in a Then & Now comparison.

Note: The word make doesn’t feel right when talking about capturing a photograph. Take is the commonly used verb and so hence forth I will use the word take, even though I mean make.

Back in 2011 I attended a photography course given by photojournalist and documentary photographer Michael Coyne. I didn’t take any interesting or worthwhile shots during the course but I did learn a lot that helped me develop as a photographer over the coming months and years. END_OF_DOCUMENT_TOKEN_TO_BE_REPLACED